The 1969 ''Cold War'' Military Plan called ''Operation – Giant Lance'', was authorized by then US President Richard Nixon as part of His '' Mad Man'' Theory. This ''theory'' was meant to show American Adversary's within The Soviet Union, that He would resort to total Nuclear War in order to ''win'' in Vietnam (a War having been fought between The US and The Communist ''puppet'' Regime of North Vietnam, since 1965). With no end in sight, The US needed to break the ''stalemate''. The Government was willing to initiate the old Cold War Plan of ''The Grand Tour''. This Plan required a massive attack by hundreds of US Strategic Bombing Squadrons, specifically targeting the ''heart'' of The Soviet Union. Even with the obviously ICBM retaliatory strike Russia would no doubt launch, The Bombers would continue to strike their Targets until all Nuclear Munitions were exhausted. The Plan also called for destruction of Civilian (non-Military) Assets. As mentioned, The ''Madman Theory'' was plan put forth by many US Diplomats and Ambassadors (to their Soviet Counterparts), that The US President was ''insane'' enough to resort in a massive ''first strike'' initiative.

The Plan remained Ultra Secret until the year 2000, when The Freedom of Information Act released documents that stated that another ''Test'' existed at the same time – called ''Giant Lance''. This Plan actually authorized a Squadron of B-52 Bombers to fly to the extreme Air Borders of The Soviet Union, fully loaded with Nuclear Munitions. The general ''attack route'' was via The Arctic Circle. It ''began'' on October 10 thru 30, 1969. Some cite that these dates were ''picked'' as an ''Anniversary'' (of sorts) to The 1962 Cuban Missile Crisis. (18) Bombers of The USAFs 92nd Aerospace Wing were ''involved''. Nothing was meant to be ''hidden'' from The Soviet Union.

As The Mission was to progress, US Forces on the Ground in Southeast Asia were to ''pull back'' from all defensive and offensive Operations. This would allow Tactical Bombers and Fighters to completed attack The North Vietnamese Capital in Hanoi to be totally destroyed by a Nuclear Strike. Should The Soviet Union attempt to retaliate or render support to The North Vietnamese, ''Giant Lance'' would already be ''in play''. Conversely, should Communist China (another major supporter) attempt to attack, US Assets would already be in place to move into China, initiating a ''Grand Tour'' there as well.

The US Government stated that ''Giant Lance'' and it's relative sub-Projects were nothing more than a ''War Game'' (on paper) and never were actually initiated. 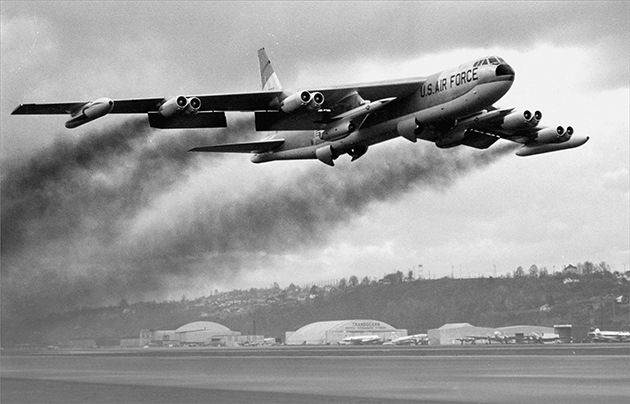