Operation ''Crossroad'' was the first series of Atomic Weapons Testings since the famed ''Trinity'' Tests of 1945 (which lead to the end of World War II in The Pacific). Conducted in 1946, ''Crossroads'' consisted of (3) tests (one which was aborted).

Conducted in The Marshal Islands of The Pacific Ocean, ''Crossroads'' tested the effectiveness of the ''next generation'' of proposed Atomic Weapon devices. (95) decommissioned US Naval Ships and much of the captured former Japanese Imperial Fleet were anchored near Atoll Test Sites to later gauge the various effects from Atomic detonations from varying distances.

Operation ''Crossroad'' is infamous in that the high yield of Tests (23-MT each), completely contaminated The Isle of Bikini (which is still uninhabited). ''Crossroad'' is also considered The World's first ''Nuclear Disaster'' as a result. 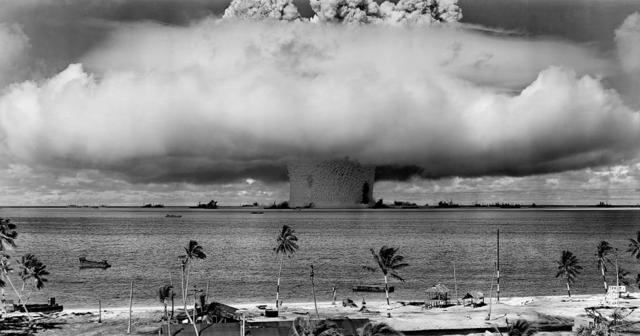