The US Air Force flight Mission codenamed “Operation: Chrome Dome”, began in 1960 and lasted until 1968. Administered by The Strategic  Air Command (SAC), the primary Mission of “Chrome Dome” was to maintain a constant flight of B-52D Stratofortress Long Range Bombers, armed with Thermonuclear Weapons – on constant patrol of the “air border” between The (then) Soviet Union and North America.

In procedure, (4) Bomb Wings would be on rotational scheduling. Flying from The US (New England), to Greenland and then back through Upper Canada – these Flights would fly to a pre-determined point – known as a “Fail Safe”. In an actual War, the Flights would be electronically commanded to fly past these points and attack pre-determined locations (tactical targets). In practice, after reaching their Fail Safe points, the Flights would turn back and retrace their flight paths back to Bases (to be replaced by another Flight).

The dangerous nature of these Missions, due to very hostile climates (freezing), caused at least (5) crashes of Flights between 1961 and 1968. All Nuclear Devices were recovered. The “Chrome Dome” Missions were a very successful program for keeping The Soviet Union in check from any surprise attacks. However, the overall cost proved too much by 1968, and the Flights were replaced by more effective Nuclear Missile deterrents. 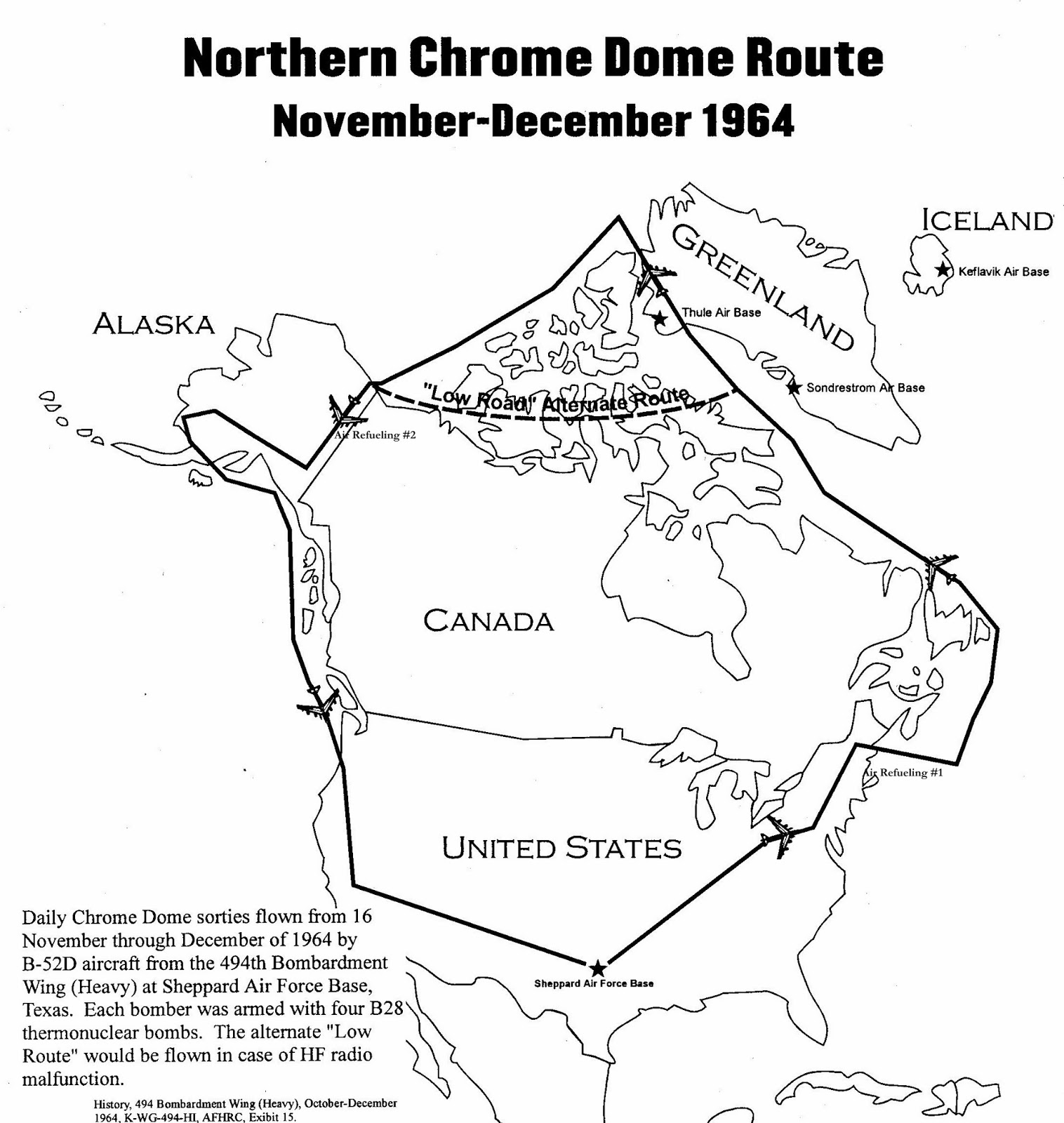