Developed centuries before in ancient Rome, The Onager was a small wooden framed rock throwing device. Designed to use torsion strength to propel rocks or small boulders. It could be considered a "mini-catapult". A fixed "bowl" was affixed to the arm of the device, in which the projectiles were placed. Two men would pull down on the actuation arm (via hand cranks), locking the firing arm into place (under pressure). Upon release, the placed projectiles would launch toward their intended target. More suited for use against troops and lighter fortifications, they were not seen used against stone structures with any great effect. The term Onager means "wild donkey" - derived from the excessive kicking motion of the weapon when fired. Unlike a traditional state-of-the-art Catapult of the 11th Century, they would not last much longer - due to the advent of more effective weapons, namely The Trebuchet. 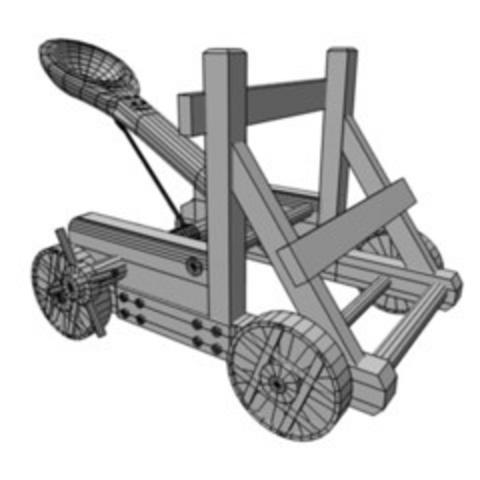