Obelisk Ships were a form of Vessel used by The Ancient Egyptians to transport Obelisk structures, via water to land destinations. Many of these wooden Ships (which began service as early as 10 BC) were thought to be hundreds of feet in length and width, which was needed to not only support large blocks of quarried stones, but in some cases completed section of Structures. Crews were thought to be several hundred. Using Sail, these massive Craft were an early example of the superior technology harnessed by The Ancient Egyptians. Sadly, only a few fragment pieces of these massive Ships have been found, with most information glean from The Ancient Greek and some Egyptian construction record. 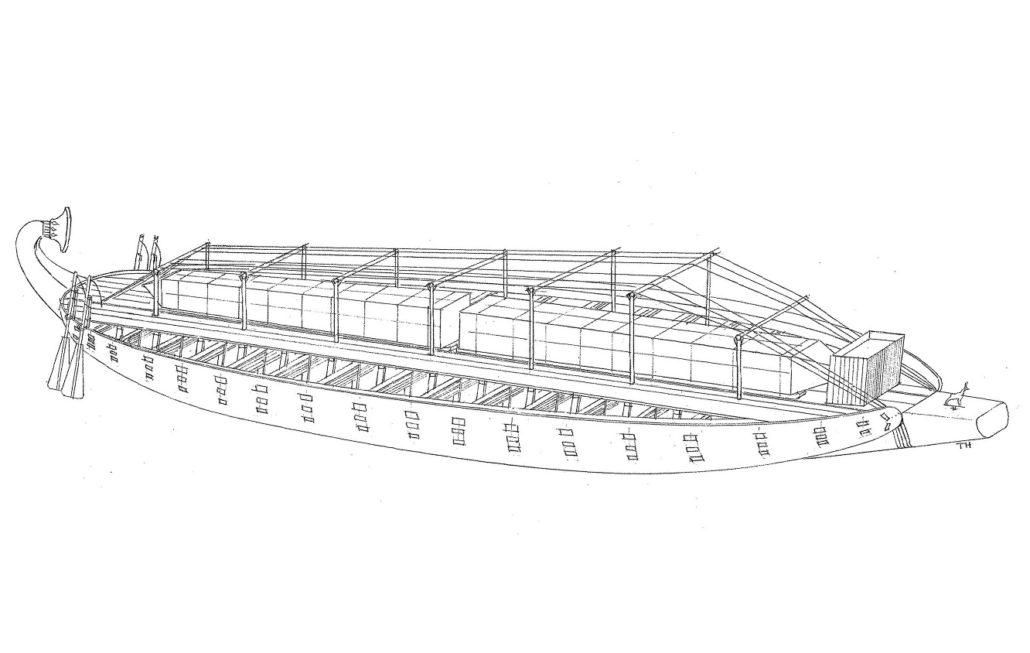