These beautiful and fanciful Art pieces are "paintings" placed directly on the Nose or Fusilage of Military Aircraft. The genre was extremely popular in the late 1930s and throughout World War II (1940-1945). Seen as a type of "Folk Art", these images were seen as mementos of a sort - even "good luck" charms by Pilots and Crews. Nose Art (while not exclusively an American invention), was practiced by The US Army Air Corps. primarily. The practice was frowned upon by Military Authorities (but was not stopped).

First thought to have been practiced by German and French Fighter Pilots in World War I, Unit "identifiers" were painted on a plane's fusilage. With American involvement in World War I, American Pilots assigned to "The Lafayette Escadrille", were first exposed to the Art form. Later, The 94th Aero Squadron adopted the practice of identifying their aircraft with a painted Top Hat and Hoop.

In the late 1930s, American Volunteer Fighters fought Japanese incursion  into China, by forming "The Flying Tigers". Painting Tiger Eyes and Teeth onto their Engine Cowls, the first true American "Nose Art" was born. As with most Nose Art, the subject matter dealt with the most important memory on the mind of a Crew - that of a girl. Although the general mentality of America at the time was very Purtianistic, scantily clad "beauties" began to adorn both Fighters and Bombers.

This was largely due to the advent of another Art "form" on the rise....that of The "Pinup Girl" Calendar. It was from these, Nose Art subject matter rapidly grew. In many cases, especially with Bomber Crews, such paintings were seen as important to survival from anti-aircraft fire over enemy territory. By the 1950s, Nose Art was still seen on Military Aircraft (however the style was dying out). The reason for the end was the increased enforcement by Military Command against it. A few examples were known during The Vietnam War in the 1960s. Surviving examples are still known and preserved for future enjoyment. 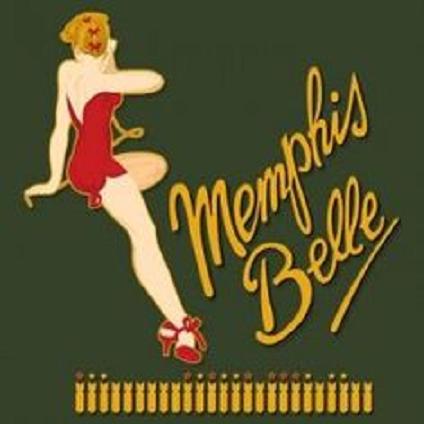