The late World War I Norwegian Model 16 Anti-Aircraft Gun was a 7.5cm weapon, designed for Military and Civilian asset protection of Enemy air attacks. The Norwegians did not have a viable form of protection from Aircraft (Fighters and Balloons). The M16 was it's first ''Home Produced'' Gun to address this problem. However, by the time The War ended, so too did the originally urgency to develop AA Protection.

By 1925, the first prototypes were tested. In all only (12) were produced, due to many feeling another War would not happen. As such, The M16s were seen as a waste of funding. Half of their number were placed in The City of Oslo, with the remainder being split between The Cities of Horten and Bergen. With The German Invasion of Norway (1940), the fate of all (save one), are unknown. They were possible repurposed or outright destroyed by The Germans. 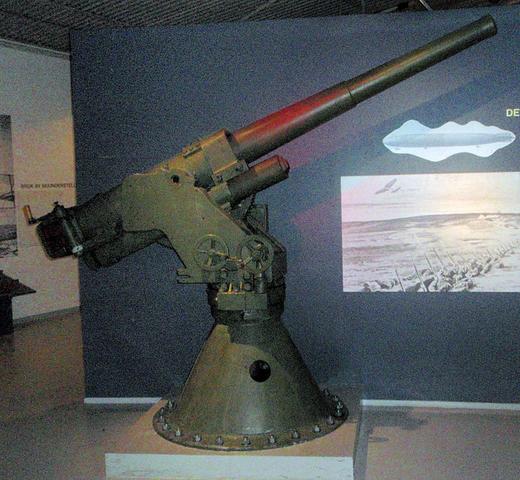