The 13th Century Norse Kesja Spear was unique in that – unlike a traditional Viking weapon, it was a throwing Arm. Norse did not see much use for Opposing Forces that ''threw'' their ''good made blades'' towards an Enemy (only to be lost or at best, picked up and used against them). Spears of the Era were meant to be used as Melee weapons (to be retained and only thrown as a last resort). The Kesja Spear was unique in that it was developed to be throw at some point during combat. The Kesja greatly resembled another mighty War weapon which would develop many hundreds of years later, The Zulu Ilkwa. That that fearsome blade, The Kesja was a relatively short staffed Pole Arm. Although great debate exists as to it's actual length, it is assumed that The Kesja was around 4-feet long.

The Spear featured a hand hewn, double edged Head, roughly 2 to 3 feet long. The Blade Head was tapered slim. At the end of The Shaft (wooden), some versions featured a small metal Spike extension – while other did not. Mostly, a carved position pad was made for hand placement. It was used as a close quarters stabbing weapon after which, it could be thrown. It was seen as a ''disposable” weapon. Several could be easily carried and deployed. Very few examples (Heads only), exist today. 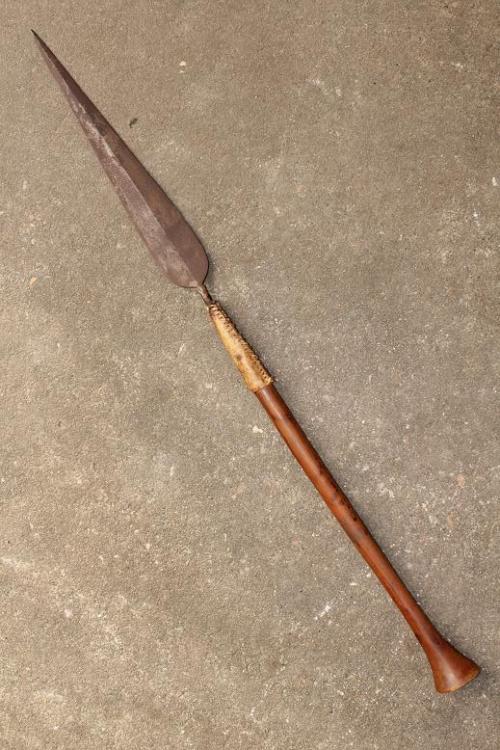