His birthdate unknown, Brown was an active Pirate off of Jamaica in the early 18th Century. He was well known for hiding his “plunder” in the many caves located on the Island of Jamaica (and much of which has never been found). Although he accepted a Royal Pardon, he soon went back to his old ways. He was engaged in sea battle by ex-Pirate (and friend) turned Pirate Hunter John Drudge. Brown was decapitated during the fierce battle. Drudge had his head “pickled” in a salt barrel (so he could collect the 500 Pound reward in England!) 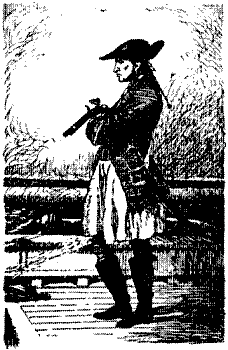