The term ''New Model Army'' applies to that Period in History (1645 AD) known as The English Civil War. It identifies Soldiers known as ''Parliamentarian'' (aka ''Roundheads''). This was the Force that ultimately won The War against King Charles and His Royalists – paving the way for the establishment of the short lived English Commonwealth. While the prior Military Formation could well match The Royalist Army in terms of numbers, they were poorly coordinated, disciplined and ill-trained in their weaponry (in particular the use of that ''new invention'' in warfare – The Musket'').

Parliamentarian Leaders (such as Oliver Cromwell, later to serve as Lord Protector of The Commonwealth), needed to re-mold this disciplined Force into a cohesive Formation capable of winning The War. Great emphasis was taken to ''re-educate and re-form'' The Army – seen as being ''New Modeled''. As such the birth of the phrase ''New Model Army''.

No longer ''Militia'' led by Political Officers (Nobles), a strict discipline was established. One's ''strong belief'' in God was a requirement (although many ''backsliders'' were found, as with any Army). Punishment was swift and unrelenting. The Army also did something it never did before – it trained. Use of weapons, moving in proper Formations (to, during and after) while in battle. All were stressed ''over and over''. Officers too were held to a high standard.

The Army was divided into Branches for the first time as well. Infantry, Cavalry (Dragoons), Artillery and Logistics. However, much emphasis was placed into The Cavalry. The use of Cavalry, often seen as a secondary battlefield asset, cam into it's own in the 17th Century. The Parliamentarian Army relied greatly on their ''Elite'' Force. Often, they turned the ''tide of many a battle'' for The ''Roundheads'' – thanks in part to their training and discipline.

Artillery (still a fledgling Force), was also coming into it's own. Artillery was used more effectively on the battlefield, often in support of Infantry and Cavalry movements. Refinements in Shells (no longer shaped stone, but iron), allowed The Army to utterly destroy ancient Castles (many of whom had been pressed back into service by The Royalists), as well as conduct much more effective actions during sieges.

Even clothing was refined from a collection of buff coats and ancient Armor (although both sides still retained them), to the rise of the iconic ''Red Coat''. Once only a ceremonial English Soldiers color, The Parliamentarians began to standardize their Forces in the color (seen as being easier to distinguish in the ''smoke of battle'').

It might still be noted that while Musket and Artillery was a major turning point in The War, the use of Pole Arm and other ''traditional'' weapons of the early Middle Ages, still were used. Sheer ''Force of Arms'' (The Square Tactic) – was ''tried and true''. Although much of these weapons would fade from use as a result of advanced in military technology during The War. The ''New Model Army'' would remain until the re-establishment of The Monarchy in 1660 AD, but their reforms would become the mainstay to the modern British Army. 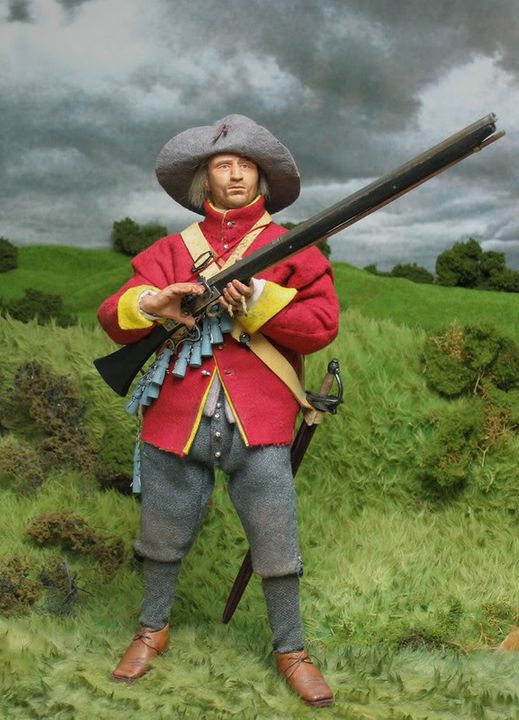