Another widely seen helmet of the 9th/10th Centuries - the Nasal helmet was fashioned out of iron or steel. It had an overly wide nasal guard which extended over the front. Some variations where so large as to to obscure frontal vision. It was a necessity that chain mail be incorporated for use, as the helmet offered no neck or effective side of head protection. Noted for pointed tops, some variations have been found that were rounded. The Nasal helmet was popular among Muslim forces as well. As a matter of history, a Nasal helmet was worn by William The Conqueror at The Battle of Hastings (1066). He often had to remove it so his troops could recognize him. 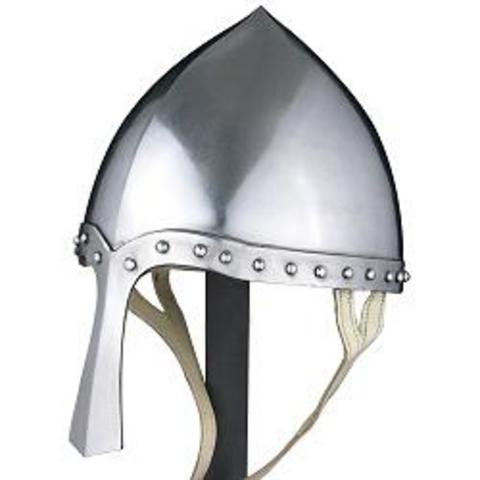