On of the first women “Outlaws”, Belle Starr was born Myra Maybelle Shirley in 1848. She received a “classical” education and was well versed in piano. She was a College Graduate as well. Living in Missouri at the time of The Civil War, Belle was pro-Southern. She sympathized (and supported) Quantrill's Raiders, as well as the infamous “Bloody Bill” Anderson. Belle no doubt met many future legendary Outlaws who served in both Units. Belle was known as a very stylish and elaborate dresser. She also learned to be a crack shot. Belle was also known for carrying multiple firearms on her persons.

She married known Outlaw Jim Reed and became very adept at helping him with his “career”. After his arrest and imprisonment, it was said that Belle briefly married Cole Younger (of The Younger Gang fame). This union lasted only weeks. Belle finally “settled down” with known Stagecoach robber Sam Starr. The two of them would embark on a profitable career in robbing Stagecoaches. Smart enough to run and hide in nearby Indian Territory after “a job”, no local Sheriff would pursue (on Federal property). Soon many Federal Marshals were out to get The Starr Gang at any cost.

Eventually caught for horse theft in 1883, Belle was a model prisoner. After her and her husbands release in 1886, Sam got into a gunfight with a local Sheriff. Both men were killed. Belle stopped her life of crime after that. She was ambushed and killed by unknown assailants in 1889. Belle was a fan of the “big” Schofield .44 Caliber Single Action Revolver. She also used the smaller .41 Caliber Colt Single Action Revolver. Belle was also proficient with the Shotgun and .30-30 Winchester Repeater Rifle. 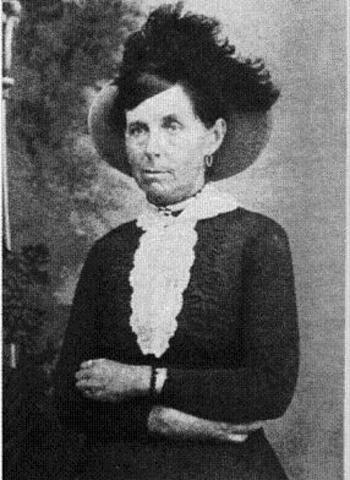