Related to The Border Reivers, ''Moss'' Troopers were Mounted former Parliamentarian Cavalry from the then recent English Civil Wars (17th Century). Under a repressive English Commonwealth – headed by Oliver Cromwell, many former Soldiers took to Outlawry as a viable form of employment. The Moss Troopers worked along The Scottish-English Borders, and while similar to The Border Reivers – were not aligned to each other. In fact, possible territorial ''issues'' developed between the two factions, which may have lead to open conflict between them (over monetary control).

Still using their Cavalry tactics from theit former New Model Army Training, The Moss Troopers were very effective against those small Military Forces sent to deal with them. The Commonwealth Government even used a religious aimed tactic against The Troopers. In short, any Trooper taken in custody would be refused Christian burial rites (similar to Catholic Excommunication). Despite this, the threat still was not effective. When Cromwell attempted to bring Scotland under Commonwealth control, He relinquished his threat of religious punishment against The Moss Troopers, in exchange for their assistance in harassing Scottish interests.

After the Re-establishment of The Monarchy in England (1660), Moss Troopers (by and large), ceased operations. Most were hunted down by Scottish Forces (motivated from revenge). Those that survived would lay down their Sword and Pistol for the Political ''Arena''. Their Governmental views were similar to that of The English Tory Political Party. 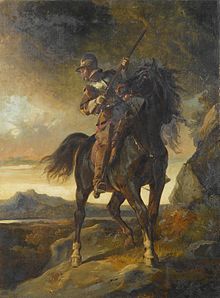