The ''Monster'' Mortar (as it was known), was a Belgium Artillery Piece used during The Belgium Revolution of 1830-1832. Designed by France and used by The Belgium Rebels against The Netherlands and Low Countries, The ''Monster'' was a massive Siege weapon. Only (2) were ever constructed. Deployed by Carriage and pulled into a fixed position, it was rumored to take (24) ''Stout Plough Horses) to move. The Mortar weighed over 17,000-lbs. and featured a 22-foot barrel. The diameter was 24-inches wide. It took 30-lbs. of Powder to fire a 200-pound Shell. The first ''Monster'' exploded during test firing (killing several), with a second seeing use during The Siege of Antwerp in 1832. After The War, the final whereabouts of The ''Monster'' became unknown. 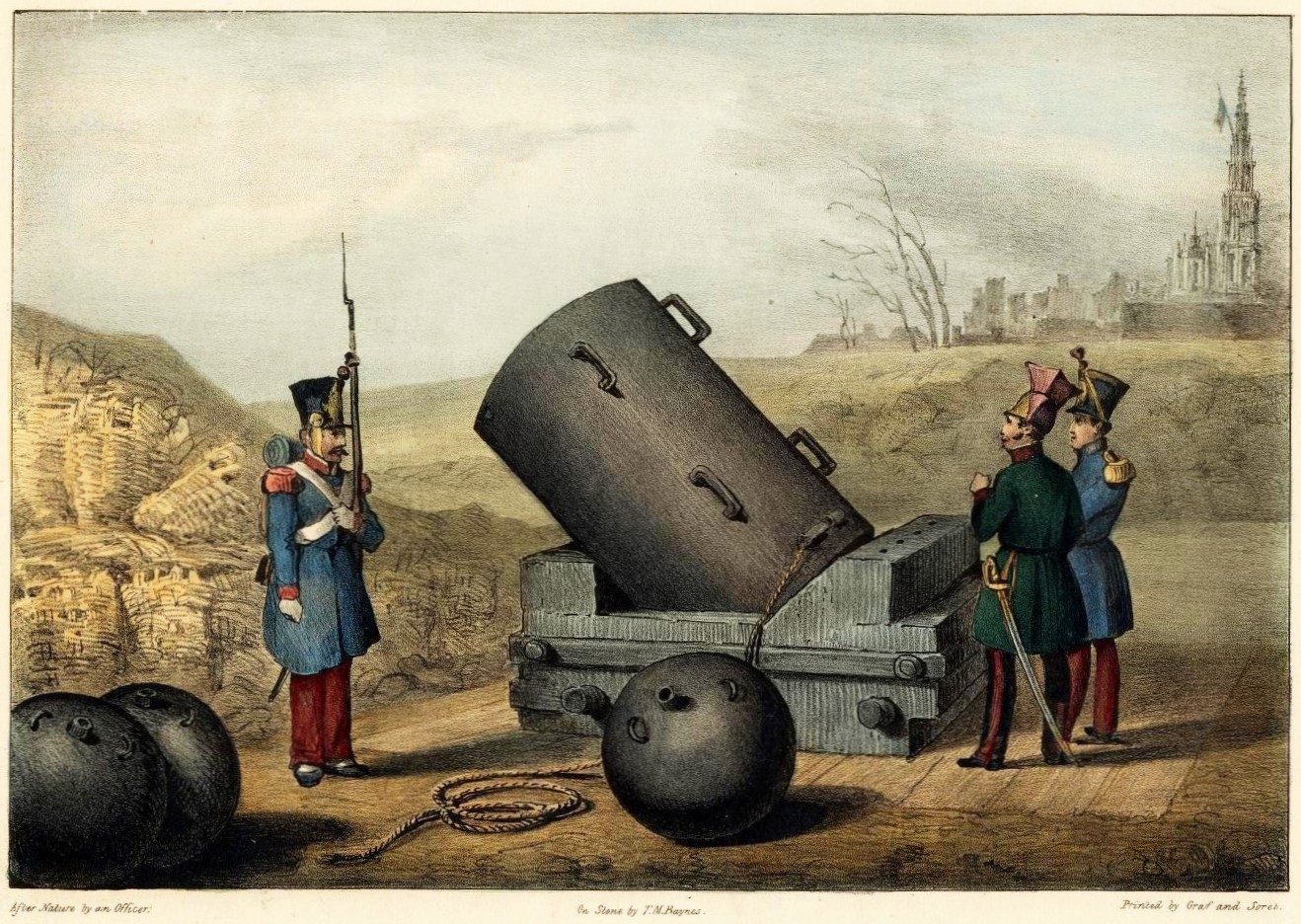