Formed in the 13th Century, The Kheshing were Royal Bodyguards to The Mongolian Khans. They were considered Elite Warriors, and as such were exempt from Military conscription and general warfare. There were (2) Classes of Guard – a Day and Night Section. Day Guards cared for The Khan's safety and all Palace entrances, with The Night Section concentrating on entrances only. Noted for their great physical strength and ability with weapons, no special requirements other than strength was needed. Their loyalty was assured due to the great pay, food and finest of armor and weapons.

Starting at originally 1,000 Guard – by Genghis Khan's rise to The Throne, he increased his Kheshing to a record amount of 12,000. The Kheshing Guard were unique in that they too had a form of Guard to protect them as well. These were ''Battle Guards'' known as Khorchin. They were responsible for protecting the Royal Palace enclosure and entrances, while The Kheshing surrounded The Khan. Traditionally, when a Khan died – his Kheshing were removed from service, with the new Khan recruiting his own Kheshing. 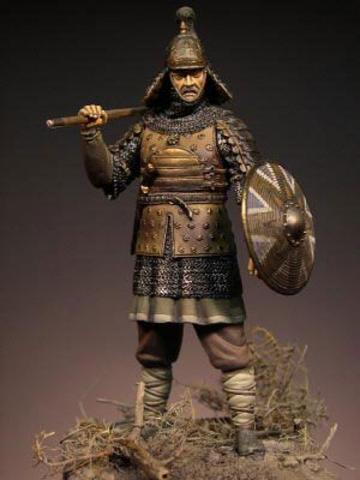