An important facet in the development of many areas of The Middle Ages, the primary use of self-created and maintained Gardens, were a matter of life and death. The goal of such Gardens were of course for the production of food. Most Monasteries (Residences where Religious Men lived), had to produce their own food and generate their own resources for earning monies. Although most local Nobles provided for some care of their Religious Orders (as did The Church) – the bulk of a Monasteries care came from self-creation and reliance.

In addition to food, Monks became quite well known for their knowledge of healing and cures derived from the many plants and herbs that they grew. The began to create liquids and medicines to be used to cure various maladies that had begun to develop in The Middle Ages. Often, these cure were sold at profit. Monks became quite adept in agricultural cross-pollination as well, and were responsible for the creation of many “Modern” Fruits and Vegetables. Much of their work was well recorded and is still studied today by Botanists.

The size of a Monastic Garden was important as well. Carefully placed within The Monastery, water and constant care was needed. Often, Monks were chosen as specialists who tended to these Gardens “full-time”. The use of Astronomy was also applied, as was the detailed use of Calendars. Both of these were important in the planting and harvesting of various herbs and plants for medicines. An area Kingdom was greatly enhanced by well stocked and tended Gardens. The practice of these Gardens would well flourish into the 20th Century. 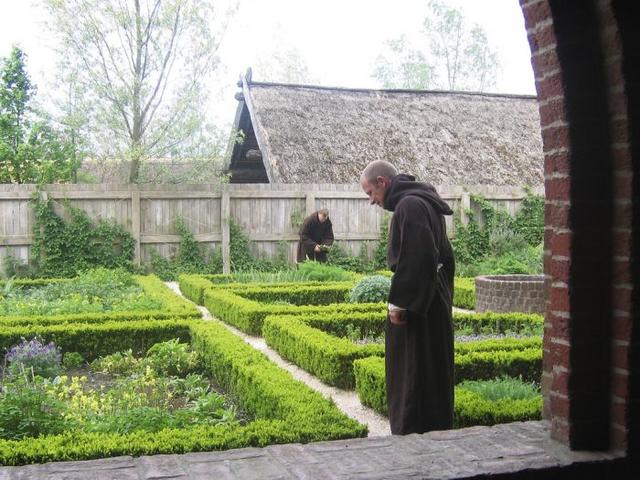