The Monaspa were an Elite Military Unit of the early Medieval Kingdom of Georgia. Dominant from the 11th to 12th Century AD, they served as both Royal Bodyguard and Standing Army for The Kings of Georgia. The Force were considered ''Shock Troops'', utilizing Heavy Cavalry and ''Melee'' Tactics. The Monaspa were composed of what would be considered ''Lessor'' Lords (Noblemen), who although poor by other Kingdom standards, held sufficient Title to merit their position. At their height of recruitment, over 5,000 Monaspa existed.

Most were skilled Horsemen, Masters of The Sword and Lance. Various forms of Armor and Mail were worn. All equipment was provided by The King. Later in their History, to supplement their losses in battle, The Georgian Kings began to augment The Monaspa with ''Foreign Mercenaries and Steppe (Rus) Nomads''. While The Monaspa were ''paid'' by their Leige, the source of their funding (Royal Treasuries), were greatly reduced when these new ''Recruits'' demanded ''more pay''.

Well trained, The Monaspa were ''personally supervised'' by The King. Later, when Military Reforms were established under the Reign of King David IV, The Monsapa were better opponents against their well established Enemies, The Ottomans. The Force won several key battles in The Region. After the 12th Century AD, the majority of Monaspa were given Lands and more substantial Titles. As true Landowners, they began to stop volunteering for fighting. As such they ceased to exist as a fighting Force. 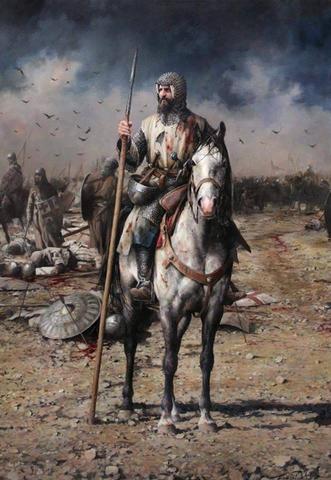