World War I was noted for it's many innovations and inventions designed to protect the soldiers of all opponents involved. The Mobile Shield was one such. In theory, The Mobile Shield was an old idea (The Middle Ages, in fact). Designed in 1914 by French Officer Jean Baptiste Esteinne, it was designed to allow mobility during periods of Trench Warfare. Based on an Armored Vehicle, The Shield was all steel in design. Wheels (also armored), were the primary source of mobility. Shaped in a half-drum, a single soldier could crouch down (in a duck position), and “push” his way forward. A small viewing window was installed on the front. Several problems developed with The Mobile Shield. The first was weight. It was heavy and difficult to move. That coupled with it's difficulty with uneven ground, made it full deployment with French troops impossible. Although several well documented events showed that it did work. 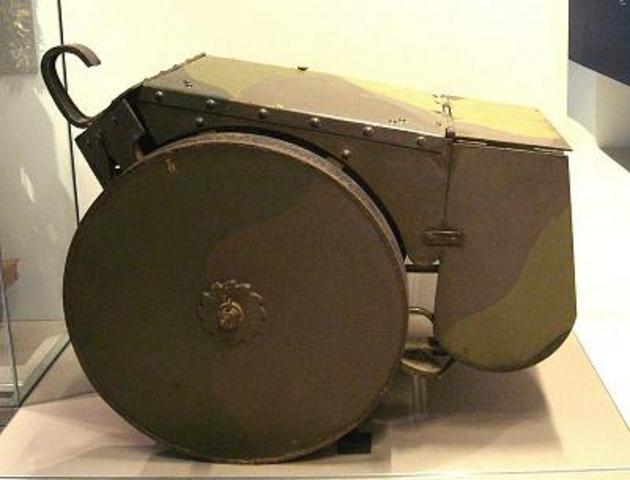