Roughly translated from the Old Latin as "Act of Mercy". This specialized weapon was designed for the "ending" of the life of a fatally wounded Knight (in combat). Encased in armor, a dying Knight would have to suffer and die on the battlefield - often too badly injured to move. A comrade or surgeon would use this weapon to dispatch him - with mercy. The blade was hexagonal shaped (three sided). Around 8 to 10 inches, the handle was made of wood and was unadorned. It's design allowed the blade to pry through armor plating. Once done, the blade would pierce chain mail very effectively. The preferred method was to stab the heart. Some documentation states that the Misericorde could be used in close quarters combat - more so as a psychological warfare weapon. The sight of seeing one attached to an Enemies belt........ 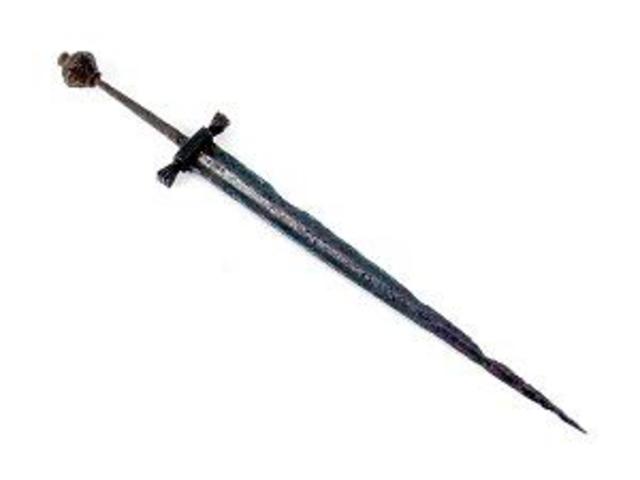