Or ''Golden Milestone'', The Millarium Aureum was seen as the ''Center of Rome'', by which all roads leading from The City began (and extended throughout The Empire). The phrase ''All Roads Lead to Rome'', is thought to have developed from The Aureum.

Located in The Forum of Rome, near The Temple of Saturn. Originally, it was a Column Monument, with a Marble Base with Gold (other Historians cite Bronze) plating covering the Column itself. Dating back to 20 BC, it may have been (including it's Base), 20-feet in height, with a 4-foot diameter.

The Base included inscriptions of notable Roman Cities and their distance and direction in relation to The Aureum. In this, it served as a type of “Sign Post''.

Destroyed in one of the many Sackings of Rome (possibly the 9th Century AD Ostrogothic Invasion), it was not until the 1830s that the Marble Base was recovered (buried). It has been restored (to a point) and still rests where it always has been for Centuries. The Column (and plating) were not recovered. 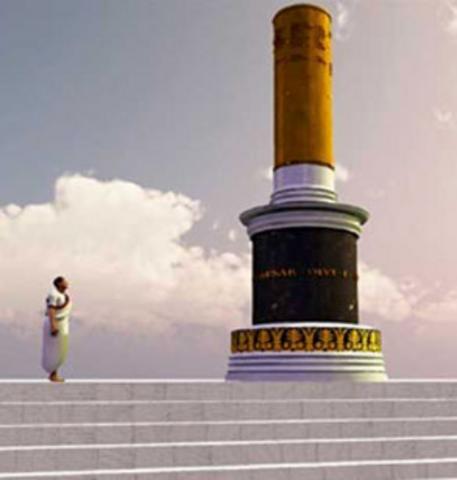