Military Order of The Knights of The Cross

The Military Order of The Knights of The Cross with The Red Star (aka Military Crusaders of The Red Star) - was founded in Bohemia (1233). They were tasked with providing medical care to the sick and injured. Members identified themselves with the initials  O.M.C.R.S.  The Order followed The Franciscan Rule. They wore a black mantle and cloak with a Red Cross with Star. First staffing hospitals in Bohemia ran by St. Agnes (or The Poor Clare Order), much of the revenues the hospital made were split between the two Orders. During The Protestant Reformation, much of The Order's property and money were taken.

The Order reverted back to it's "military roots" in 1555 when they fought along with the citizens of The City of Cheb - during an impromptu siege by The Hussites.  As The Order progressed, they became knows for their fostering of academics. In 1948, Communism suppressed all religious Orders. Many of The Orders "Knights" were falsely accused of sedition and imprisoned. As of 1990, (with the advent of an different political atmosphere), The Order re-established itself as a religious/philanthropic organization. 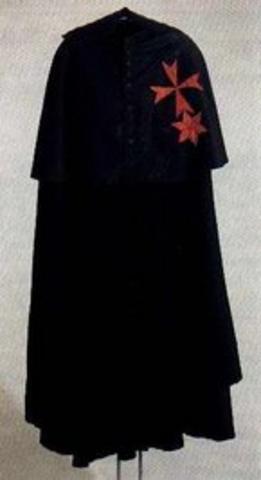