Military Order of The Dove

Established by King Juan I of Castile in 1378, The Military Order of The Dove was composed of Noblemen and their Sons. As Knights, they were sworn to defend both The Catholic Faith and The Kingdom of Castile. Having the odd customs of eating Pigeon, The Order was well known for it's large and well appointed Feasts. The eating of Pigeons would lead to it serving as part of their Insignia – which was fleured Christian Cross with Golden Sunburst. A Blue Center also featured The “Cove of Peace” (although many joked and made reference to The “Pigeon”.

Although only lasting for 1 year, The Order was known to have fought in several defenses of Castile from Moorish incursions. Far from revered, one looks again to The Pigeon. Cheap and obviously plentiful Meat – many Historians cannot determine just why Nobility needed to eat it. Some cite that the consumption was in fact part of their joining The Order.Others stated that in Castile, The Pigeon was seen as the symbol for “promiscuity”. This was in direct opposition to their Charter of “defending The Faith”. The Order was dissolved in 1379-80. 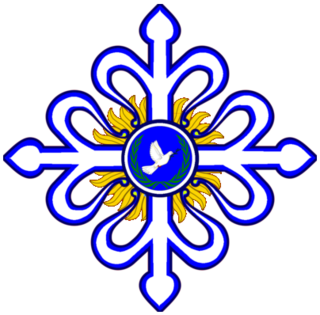