The Military Order of Christ (Ordem Militar de Cristo), was a military Order founded in 1318 - after the suppression of The Order of Knights Templar. Given Papal Authority by Pope Clement V and under the direct control of King Dinis I (Portugal). The Order wore the white apron-mantle with a White Cross trimmed in Red. King Denis was not a supporter of The Templar persecutions withing his Kingdom and invited many escaping members to join his new Order. The Order defended Portugal against many Moorish invasions and incursions. Of interest, King Dinis entered into negotiations with Pope John XXII regarding claiming much of the old Templar properties and fortunes within Portugal (giving it to The Order of Christ). The Order thrived during Portugal's "Age of Discovery" (amassing a great fortune). The Order was dissolved in 1910 due to political pressure. It was revived again in 1917 as a philanthropic organization, still in existence today. 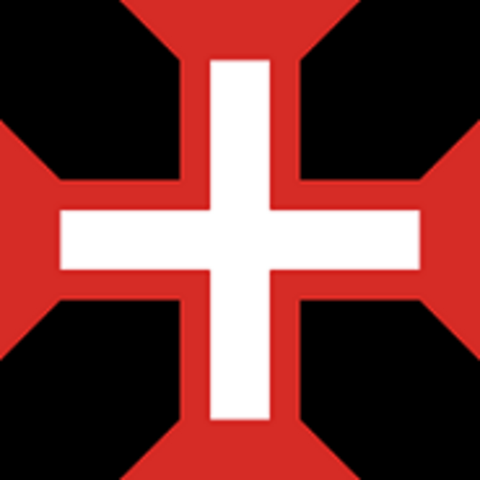