The uniqueness of The Medjay was original for Ancient Egypt. Possibly originating from The Sudanese Beja (a Nomadic, Mercenary Group) dating to the 10th Century BC, their martial skill was quickly used by early Egyptian Pharaohs. Used as Scouts and Spies, The ''Medjay'' (as spoken in Egyptian), would eventually for a type of Paramilitary Police Force in many Egyptian Desert Provinces.

The Medjay wielded immense power and authority over time. They were identified by a Bull's Skull insignia. Although only Tribal Members became ''serving'' Medjay, later Egyptians were allowed to join their ranks.

The Medjay were very well equipped and paid. Often their loyalty was beyond question. The Meday are not mentioned past 1077 BC. It is assumed that either they ceased operations (due to lack of pay) or perhaps had their numbers lessened due to the constant conflicts along The Borders of Egypt by that time. 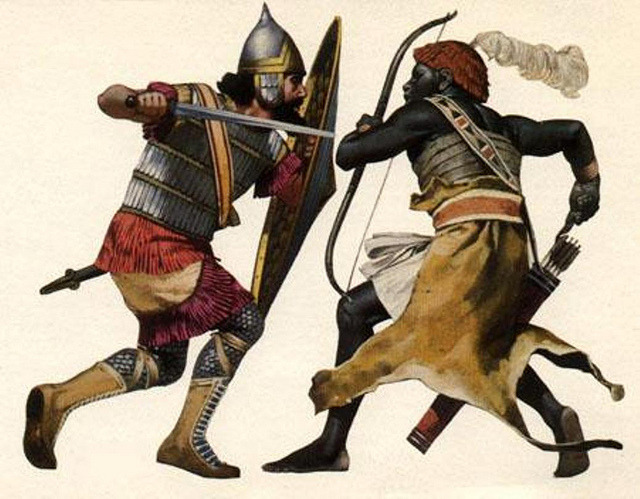