Perhaps his name is obscure by today’s standards, but Matthew Brady was a foremost innovator of early Photography in America and one of the first “Combat” Photo Journalists. Photograph was in it’s infancy throughout The World, with early examples dating from the 1840s. The cumbersome and heavy equipment produced photos using direct exposure to emulsion chemicals that “etched” the image projected on tin plates. This produced a product of black, gray and white known as a Tin Type. Later, American Samuel Morse would bring to America a newer process called The Daguerreotype.

Brady was born in New York in 1822, and as a young man wished to become an Artist. Studying painting, he became fascinated by the new photography process and studied under Morse. He opened his own Studio in the 1850s. His skill became well known, with many famous persons and celebrities having their “portraits” taken. Soon Brady hired more people and opened more Studios, just in time for The American Civil War. Brady saw that this Conflict needed to be preserved for prosperity. He formed Teams of Photographers who would follow The Federal Armies and record them. Brady devised a type of Mobile “Dark Room”, which allowed his Teams to develop in “The Field”.

Brady also innovated The “Carte de Visite”. These were affordable images taken by Soldiers and their loved ones as mementos prior to their separation due to The War (and often the last images of them they would have). Hundreds of thousands were made. Brady photographs were used for Newspaper Artists to make plates or engravings of their images. The process of combining the two were many decades away. Brady took photos of and brought home the effects of an American War to civilians. For the first time, one could pay to enter a Studio and “see” the horrible effects of such endeavors.

Brady spent close to $100,000 (USD) of his money to fund his War records. He was given assurances that Congress would buy them to likewise preserve the War’s History. They reneged, leaving him destitute. Towards the end of his life, Congress “granted “ him  $25,000 for his “Services”. Although some ideas his photographs were eventually taken by Congress and Private Collectors – much of it was lost.

Much of Brady’s surviving works are well known to anyone who opens a book on The Civil War. He was also able to photo 18 of 19 US Presidents, these often being the only images of them we gave. In fact his image of Lincoln (of there were many), was used for and still is – on the  $5.00 Currency Note. Brady’s Associates would also go on to become famous Photo Journalists as well. In fact his two best – Alexander Gardner and Timothy O’ Sullivan would actually become rivals during The War (setting out on their own).

Brady would die destitute. His process became so much the standard that Studios opened everywhere. As stated, America wanted to forget those 4 years of blood and loss. No one wanted reminders. Brady was struck by a Carriage while crossing the street in New York (his eyesight had long since gone). He died as a result of his injuries in 1896. 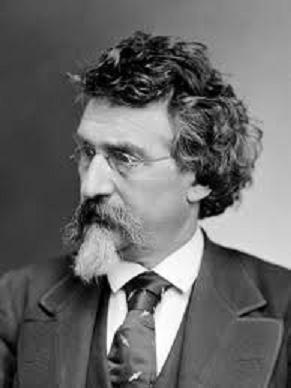