While many know the name Harriet Tubman as a Champion of Anti-Slavery and Founder of the famed ''Underground Railroad'' (a process by which She and many others helped Slaves escape from The South to The North and Freedom), few know the name Mary Meachum. Born in Kentucky in the year 1801, Herself a Slave – she would be ''purchased'' by Her future Husband and taken to The North and Freedom. Mary was well educated and as such wanted to help the plight of Her fellow '' Brothers and Sisters in Chains''. Mary and Her Husband established a School to educate young Black Children in Missouri. Soon banning such education, Mary purchased a Steamboat and anchored it on The Mississippi Rover, transporting Her Students and ''educating them on water''.

Mary's Husband was a skilled Carpenter and His products were much sought after in The Region. Much of His proceeds were used to ''purchase'' as many a 20 Slaves (all of whom He immediately set free and sent North). Mary and Her Husband would face multiple Court Hearings for their violation of The Fugitive Slave Act. Despite this, the Couple was never convicted or imprisoned. Mary would go on to found The Colored Ladies Soldiers Aid Society (after the death of Her Husband) during The American Civil War in 1864. This Organization assisted Union Soldiers ''behind'' Enemy Lines (The Confederacy). Later in St. Louis, Missouri – Mary established a Hospital for wounded Union Soldiers (both Black and White), hiring Nurses to care for them (even Mary worked as a Nurse).

After a long and productive life, Mary died in 1869. Her Riverboat Crossing that she operated as both School and moving point – was made a National Historic Site (2001) and part of The Underground Railway Historic Route. 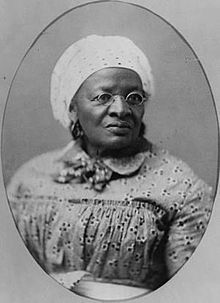