Although the Title of “Marshal” is often construed with it’s Military connotations, in The American West, it was a Law Enforcement Position, instituted by The Federal Government. In it’s “Federalized” form, a Marshal was tasked with Enforcement of Federal Law, as handed down by a Federal Court. These Court Appointed Officers protected The Court and took custody of Prisoners. With The Westward Expansion Period in America, which ran roughly from the 1840s to the late 1880s, thousands of Americans traveled into The Western Territories, for the purposes of Colonization. New Towns  (permanent and temporary) sprang up quickly. Businesses developed and flourished. And so too, did Crime. Organized Law within The Territories was “few and far between”. Many newly appointed Civil Leaders were forced to deal with thus problem almost immediately.

Often, ex-Outlaws or Professional Gunfighters were “recruited” to serve as Town Peace Officers. Titles such as “Sheriff” and “Constable”, were used. Due to the size of many Territories, these Peace Officers were limited to Enforcement only within their jurisdictions. These were normally “5-miles outside the Town’s boundaries”. The hope of every Territory was to eventually become a State. Thus meant their forming a State Government snd ratification of The US Constitution (based on the establishment of a similar State document). Most importantly, the enactment and adherence to Federal Law. Enter The Marshal.

A Federal Marshall normally operated out of the largest Town or City within a Territory. His responsibilities included the apprehension of Criminals outside of all other City and Town Jurisdictions, as well as enforcing laws within what would be deemed “Indian Territory” (if any existed within his jurisdiction). The Marshal, after apprehension was tasked with delivering the Offender to  a Territorial Jail to await Trial before a US Judge. These Men were known as “Circuit Court” Judges, due to their traveling from one Jurisdiction to another , due largely to Staff shortages.

In some cases , The Town The Marshal worked from, also elected him “Town Marshal”. He performed local Law Enforcement duties when he was not out apprehending or taking custody of Outlaws from non-Federalized Peace Officers. With duties very similar to a Sheriff, he would normally hire or appoint Deputy Marshals (although these Men did not have Federal Powers). As time passed, and Territories became States, the need for The Marshal switched back to strictly Federal duties. Then, as today – The US Marshal Service still apprehending Wanted or Escaped Federal Criminals. Every Major US City maintains a Marshals Office. 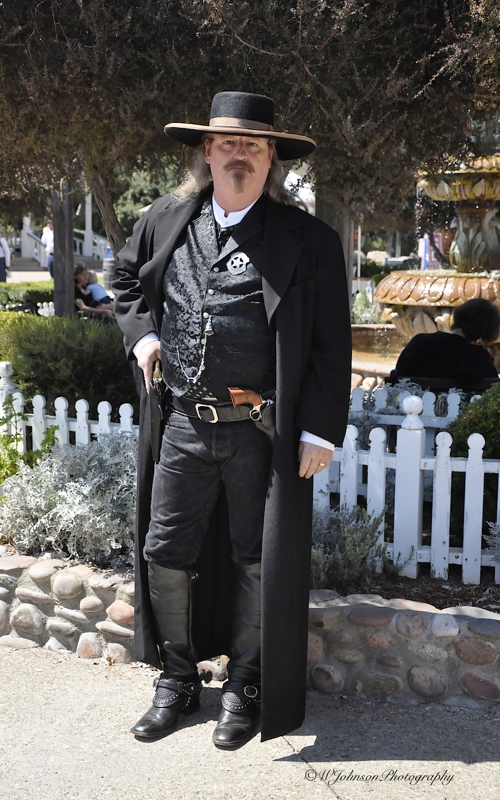