The tactic commonly called ''Marching Fire'', was developed – in theory, in the mid-19th Century during The Austro-Prussian War. Prior to this, the prevailing infantry tactic was The Volley Fire. As we have seen, this involved two lines of infantry with muskets. The front rank kneels, with the rear rank (standing) fires. This rank, after discharging their firearms – advances forward to occupy a position in front of the lowered rank. They then kneel and reload, as the ''now'' rearward rank rises to discharge their weapons. They in turn duplicate the process. This creates a continuous rate of timed fire and slowly advanced the attacking infantry position towards an Enemy front. With the advent of brass chambered rifles, a similar tactic was applied, which was faster than the often cumbersome reloading of blackpowder muskets. As such a faster movement on a battlefield could be achieved.

With the advance of automatic weapons, the older tactic was again put into play. However in this form, the variation was somewhat different. During early World War II, many Armies advanced in single file (Company strength), with each soldier firing a predetermine (selected) rate of fire towards an Enemy with advancing forward. This was usually done prior to a Charge. However, advanced in weapons capable of producing mass casualties made The Charge a less than desirable tactic with man Armies. As such, ''Marching Fire'' fell out of favor as a taught tactic. More Armies relied on modern advances in accurate long range artillery and air support assets. 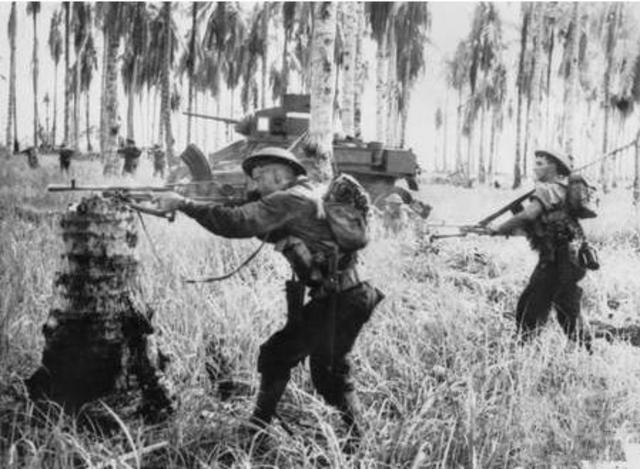