The term ''Mappa Mundi'' is a Latin form for Maps used during The early to late Middle Ages (starting around 1300 AD), which showed the then ''known'' World. Most of these Maps were hand drawn or painted on Vellium (animal skin) and compiled by Explorers from information given to Cartographers (Map Makers). These Mappa Mundi were very important to those Countries that were beginning to ''explore'' The World and establish Colonies. Mappa Mundi were further broken down into different type. Zonal (which showed purposed or experienced climate areas), Tripartite (which showed known Countries and Regions of The World), Beatus (which showed known and purported water masses or Oceans) and Great Maps – which detailed Countries, Cities, Towns and known geographical features. 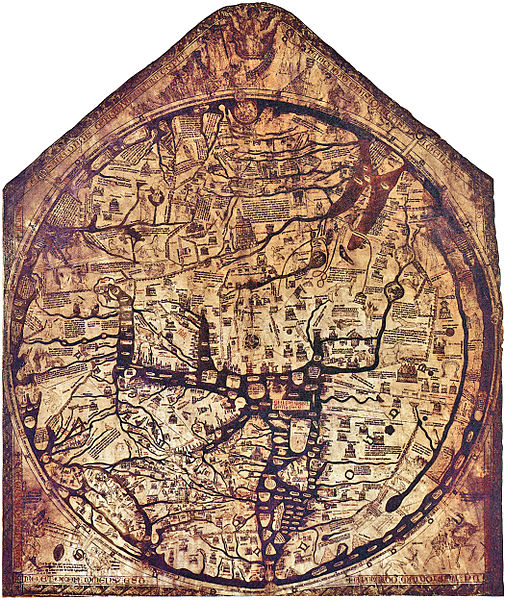