Derived from many Tribes located in Northern Africa (The Sudan), Southern Egypt and related local Regions, The Mahdist Warriors were religious fanatics sworn to loyalty to The Mahdi (a self-proclaimed religious Leader who pledged to bring Islam to the entire World). This fervor led to The Mahdist Wars (or Sudanese War) with Great Britain (who wished to pacify and colonize The Region) – from 1881 until 1899. Mahdist Soldiers came from all over Northern Africa and some portions of The Middle East. As with most Tribes, many were poor agricultural peoples who were Muslim and swayed into War by a perceived prophesy. The typical Mahdist Warrior was between 16 and 60 years old.

Weapons were based on the type normally used in the locale that they Tribe lived. This caused many Mahdist Armies to resemble a “patchwork” of weapons and equipment that ranged from the 15th Century to the 19th Century for the most part. Some firearms were available (mostly in a modified Matchlock version - .70 Caliber). Captured British weapons were obviously preferred – and were pressed into service by Mahdist Forces. The Mahdist made use of a somewhat standardized “Uniform” known as The Jibbeh. As previously discussed, these were White over garments with a series of patchwork cloths sewn onto the outer fabric. These were seen as “magical garments” that would protect a “True Believer” in Islam from Enemy Bullets. By way of tactics, Mahdist’s did attempt to field a form of Cavalry, which was moderately effective. The best tactic deployed was the use of The Desert against The British.

The Sudan was among the first “Desert Wars” fought by The Empire, and it was not well prepared for combat in such conditions (very few Army Units had any Desert warfare experience). For The Mahdist Soldier (who grew up in such conditions), they excelled. It was the death of The Mahdi (from illness, not long after The Siege of Khartoum in 1885), that would eventually cause The Mahdist Army to collapse. Several Religious Leaders attempted to maintain their Army, but failed due to Great Britain deploying more Soldiers and resources into The Sudan. Many of these Mahdist Warriors, simply quit and went back to their civilian lives as Farmers or Craftsmen. 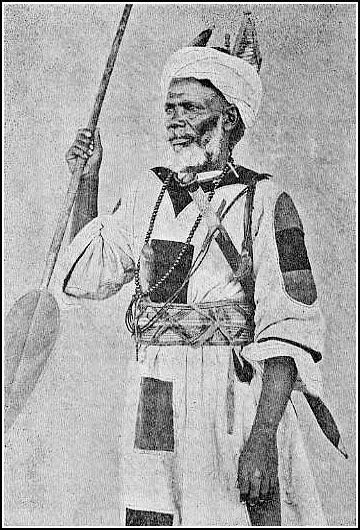