The Title of Magister Equitum was considered Ancient even by Roman Standards, and seen in the late Kingdom Period (5th BC). The position was a Military one, in which a Nobleman was chosen as the Personal Commander of The King’s Cavalry. This was important, as this Branch also protect The King’s “Person”, both in Peace and War. Up to the end of The Kingdom Period, The Cavalry Commander (Magister Equitum) was also used by a King as his “Lieutenant”. So trusted, The Magister Equitum was given “Dictator” Power when needed. This “Supreme Authority” was last given in 509 BC. Later in both The Republic and Imperial Eras, no real attempts to resurrect The Magister Equitum in it’s close Dictatorship relationship. The Title remained as a Military Command position within The Roman Cavalry. During The Reign of Constantine in Byzantium (4th Century AD), The Title was briefly revived with Political connections, as a representative “Military Officer” between The Army and Government. 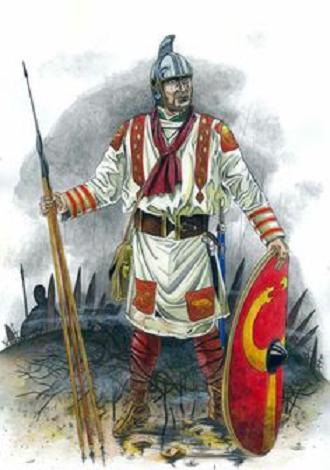