A REAL person in the guise of King Macbeth of Scotland. His “birthdate” is debated. He was King from 1040 until 1057. Born of a Noble “House”, Macbeth became Ruler of The Moray Provence (Northwestern Scotland), after the death of his Father (1031). Macbeth proved a cunning and ruthless soldier. His “fame”made it's way to then King of Scotland, Duncan I. Impressed, he mad Macbeth a Commander in his Royal Army. During a battle against Wales in 1040, Macbeth seized the opportunity in battle, and killed The King! Macbeth declared himself “rightful” heir to The Throne (after he began to eliminate any of Duncan's legitimate Heirs!)

Supported by the Northern Scottish people, The English meantime did NOT like the fact of Macbeth (and his independence fervor) – sitting on the Throne. The English declared their “Heir Apparent” in the guise of Siward, Earl of Northumbria. Raising a massive Army, Siward marched into Scotland and took the Throne (Macbeth went into hiding). Able to raise his own Army, Macbeth was able to retake his Kingdom from Siward (through trickery and false concessions, naturally). This time Macbeth – wisely, installed a “last surviving” (supposedly), Heir to the late King Duncan. He would still rule as “Regent”. Back in England, Siward (seeing of the trickery of Macbeth, and no doubt the “false” Heir as well), gathered an even larger Army and charged BACK into Scotland.

This time, Macbeth met him in open combat. The Armies clashed at The Battle of Lumphanan in 1054. The two “Ruler” fought each other in “personal combat”. It ended with Siward taking Macbeth's “head” (later “spiked” to the gate of Lumphanan Castle!). The tale of Macbeth became a popular “story” in The Middle Ages. So much so, that it's recorded “history” by contemporary historians Holinshed and Boece – so impressed a young Writer of plays named William Shakespeare in England, that he produced it for the Stage. The rest is as they say “History”. 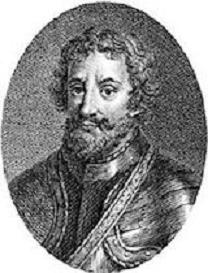