The Lyceum Theater, located in Westminster, England (and near the very Center of The City of London) was built in 1765. It has served as the very heart of England's literary and theatrical Arts for many Centuries. As such, it was also the ''entertainment hub'' of Victorian England. The Queen Herself (Victoria), attended many Plays and Concerts there. Some of The Victorian Eras greatest performers and playwrights had their beginnings within the Theater. It once served as The Royal Opera House from 1815 to 1830 and even was the first to open an exhibit of madame Tussaud's ''amazing waxwork likenesses) in 1835. Damaged by fire (several times) and rebuilt – The Lyceum also featured a Ballroom for bands and dancing in 1951. The buildings design is based on Classical Roman, and consists of marble facades. Still in use today (performing Broadway and West End Productions), the 186 year old Lyceum still conjures up The Victorian Era of Gentlemanly vaunce and Ladylike ''elegance''. 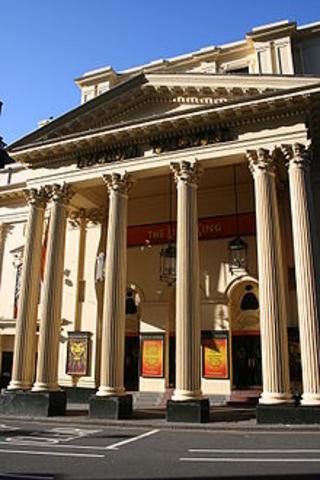