Although The Title of “Lord Protector” is more closely associated with The Commonwealth Period, in which England abolished it’s Monarchy System, The Title and several closely related ones, go back to Feudal England (14th Century). In the original form, The Lord Protector was either an older (but non-installed) Prince or a Nobleman given such responsibilities of governing by a King or Queen (executed upon their death, and in the assumption that their surviving Heir was too young to rule). The Protector thus sat in for this Heir and made important decisions regarding a Kingdom. Both The Kingdoms of Scotland and Ireland also used a Lord or High Protector System of Titles. By the end of The English Civil War and the establishment of The Protectorate, the Title of Lord Protector was made the official Head Administrator of Government. However, although lacking a Monarchy, very little difference in responsibilities and powers were noted. Even in official usage, the Monarchal term “Highness”, was attached (“His Highness, Lord Protector” ex.) Oliver Cromwell was the first to use Lord Protector and was followed briefly by his Son (upon his death). After such, England reestablished it’s Monarchy System – and the Title was immediately removed from use (17th Century). 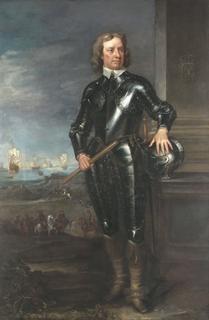