The term "Lituus" has two meanings. The first, was a curved, Staff-like object, carried by Roman Priests known as Augurs. It is from this Staff of Office, that perhaps the musical instrument evolved. These contraptions would be comparable to a Modern Trombone in some respects. Made of Brass, these were 4-feet long with a front Bell opening that curved upwards radically. Most Roman Horn instruments did not have Valves or Note "keys". The different tones and sounds were made by various lip positions. The Lituus was thought to be y see details by Roman Cavalry, very much the same way the Modern Bugle is. It was used for signalling Commands and orders to Troops in the Field. Although many reproductions have been constructed since the 15th Century, many Scholars still debate on the "true sound" of The Lituus. Some state it may have sounded like a "low pitched" Trombone. 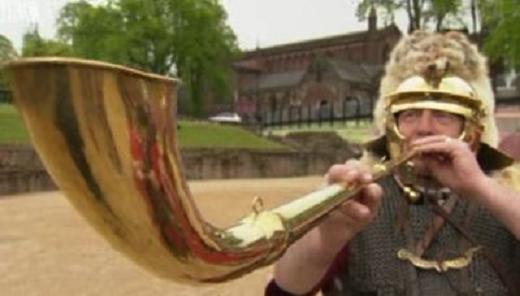