The use of “Lighting” as a Heraldic image is actually much older that The Middle Ages (with examples being seen in Ancient Greece and Rome). In The Medieval Era of Europe, some versions were seen around the 14th Century. Shown “natural” in design (as a Thunderbolt), coloring or tincture was Yellow or Orange. The meaning of Lighting meant one was “Decisive”. This could be due to Administrative or Military achievements. In most cases, no more that (2) were used on a Crest or Shield. Most often, Lighting and Thunderbolts were used in conjunction with other images, seldom just separate. 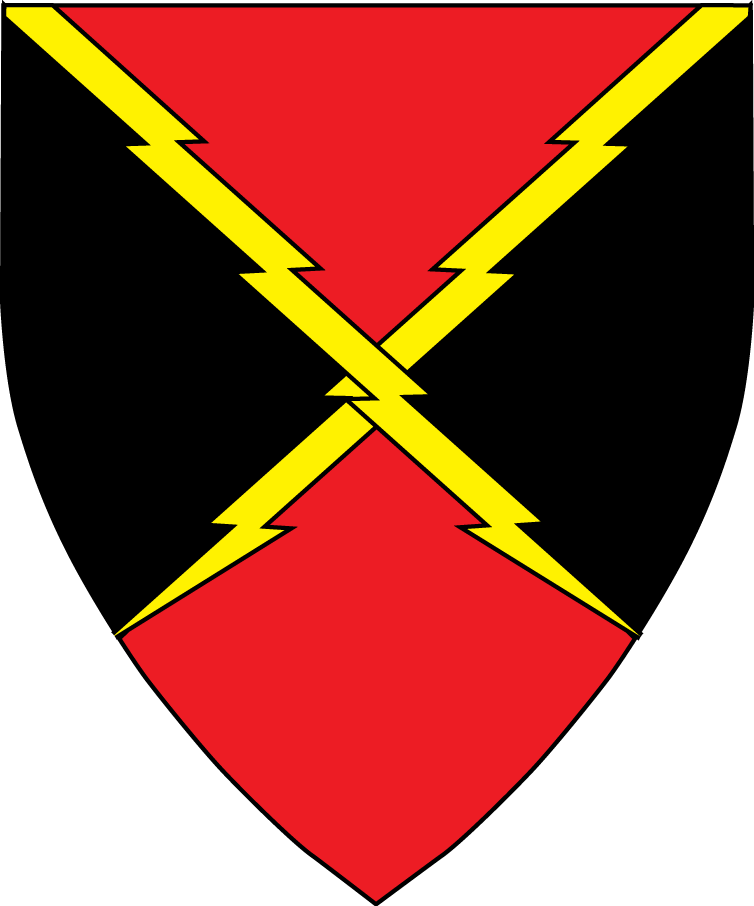