Along with “The Pirate Republic”, the “legend” of another larger Pirate ruled island, known as Libertalia – has been told and retold since “twin Cutlass' have been crossed”. Speculated to have been located in The Caribbean – it's exact position was said to have been anywhere from Cuba to The Dominican Republic. The 17th Century “Free Pirate State” of Libertalia was said to have lasted for 25 years. Run exclusively by Pirates, it has a somewhat intricate system of Government. This was possibly based on “The Code” (Pirate and Brethren).

It was said that hundreds of Inns and Taverns existed their. In addition to the obviously Pirate “pleasures” of Brothels, even a Church was said to have been built. Ample Pawn and Brokeries also existed. Some of the finest Teak (wood) Forests populated the Island of Libertalia. This meant some of the finest Shipbuilders may have had “shops” there. As for weapons, only the best cannon and firearms were to be found. Due to the unusual reef and shoals that developed around Libertalia, a seabourne attack was fruitless. It it was even attempted (it was said), Libertalia's “Harbor” was bristling with every possible type of heavy cannon. Freedom was the watchword in Libertalia, so much so that the Island's “Motto” was “God and Liberty!” (it was said). Libertalia even had it's own Colors (as would a proper “Nation”). A “White Roger” or white field with a black Skull and Crossbones – welcomed all “Wolves of The Seas”.

With the end of The “Golden” Age of Piracy (and the increasing pressure on all Pirates from MANY massed enemies), Libertalia began to fade. Many of it's inhabitants were said to try Farming or Trading. Soon migration away from the island (and the gradual retaking of the land by Nature) – completely wiped all trace of Libertalia from history. 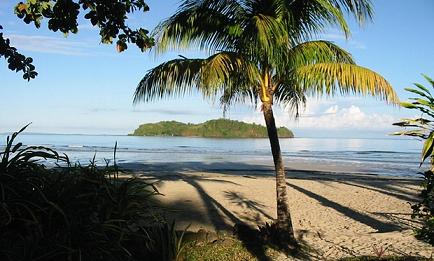