The technique known formally as ''Letterfolding'' (or ''Letterlocking'' in the 21st Century) is seen as an Art form by many. The process, which was first seen in the 13th Century (Europe), was a means of securing a personal letter or diplomatic message in a time when envelopes had not yet been invented. And while a simple double or triple fold of such documents then closed and sealed with wax was common among Nobility, the process developed as a means of ''ultimate'' security. The practice involved the intricate folding of a letter to include specific ''cuts'' and ''holes'' by which sections were fitted. So intricate in fact, that if the receiver of the document did not (or was not privy to) ''how'' to open a Letterfold – it would tear apart. Naturally, both writer and reader ''knew'' the opening process. The most common form of Letterfolding was of course, ''private'' (love) letters and important diplomatic messages. Commonly seen in use by The Dutch, Italian and later (to a lesser degree) The English, Letterfolding would end with the advent of the ''common'' envelope. It would see a slight resurgence in the late 19th Century and briefly in the 1950s – in The United States. 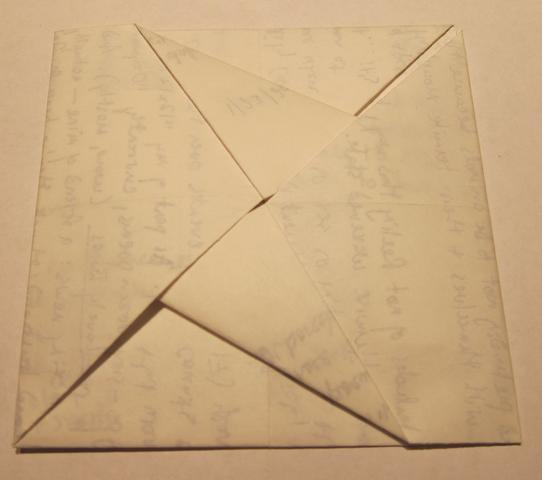