Little is known of the Pirate Leigh Ashworth. Possibly in His late 20s and early 30s – Ashford no doubt hailed from England. He was originally a Privateer, commissioned by The Governor of Jamaica – to attack French Merchant Ships in 1716. Ashworth – who commanded a Sloop named The ''Mary'', was very successful in this endeavor. Ashworth also served as a ''Pirate Hunter'' as well. Collecting Bounty offered, He helped track down the infamous Caribbean Pirate Ben Hornigold.

However, Ashworth also wouldn't ''turn an eye'' against British ships as well. This caused Him to be seen more ''Pirate'' than Privateer. Despite this, Ashworth did accept a General Amnesty in 1718. He became a Merchant, moving goods between South Carolina and Jamaica. This placed Him operating within the ''territories'' claimed by the infamous Edward Teach aka ''Blackbeard'' (who would have made quick work of Ashworth if caught by Him). In 1719, Ashworth was commissioned by The Spanish as a Privateer against The French (once more). Successful again in that venture, it was said He eventually left his ''on again, off again'' life of ''Legal'' Piracy, married and leave The Sea. No records of Ashworth are found after 1722. 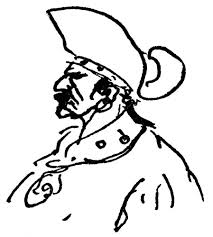