Latin was the language of The Roman Empire, but remained as the primary language base in many European Nations. Over a period of several centuries, Latin would develop into what are known as “Romance” languages today. French, Italian, Spanish – the list is long. All have a link to The Latin language. Each language developed it's own written form as well. Classical Latin would remain the language of Scholars. If one wished to study Law, Medicine or Theology, they must have a solid command of The Latin Language. Developing more that 3,000 years ago, Latin is considered an Indo-European language. It took root in Western Europe and Italy (in what would become The Roman Empire). As the Empire grew, so did the number of people who could speak Latin. Much of the earlier Greek Language (before it) was translated into Latin. Due to the size of The Empire – although Latin was the official language, many of the Regions began to speak Latin differently. Some borrowed words from other languages, others developed their own Regional words. Becoming known as “Vulgar” (or Common), this form of Latin would become the dominate form.

This Latin “speak” was firmly in place by the 4th Century A.D. Eventually developing into separate and distinct language forms – whole “new” languages began to develop (French and Spanish) – all based on reformed Vulgar Latin. When taught however, it was always in the Classical or “formal” classification. This would eventually cause education to rely solely on it. Churches too, kept the Classical form as it's primary link. However, even there – depending on locality, Vulgar crept in. Yet another “new” form called “Ecclesiastical” Latin was put into use. Strict grammatical rules went into learning the Latin language. The 4th Century “Ars Grammatica” (written by Aclius Donatus), was written to provide a template (in a Minor and Major form).

In The 6th Century, The Priscian or “Institutones Grammaticae” was developed which ignored many of the previous grammar rules. By the 11th Century, the first “practical” Dictionary of Latin was put forth. Because Latin if not a traditional, still “spoken” language, many of it's grammar rules have not changed since the 13th Century. The establishment of The Printing Press (which meant that the Vulgar Latin could spread more easily), lead many farther away from The Classical. 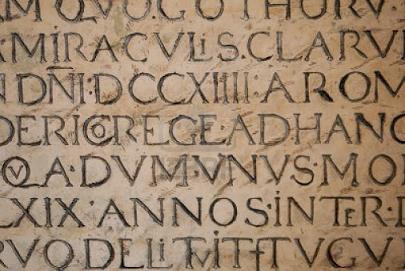