Some of the first Watchtower Fortifications built by The Military Knights of St. John (Malta), The Lascaris Towers were named for Order Knight Giovanni Lascaris, who devised the design and implemented it into the defenses of The Island of Malta. The first was constructed in 1637. There were not many constructed, due to the pressing financial needs of The Order in maintaining an effective defense of The Island. Because of Lascaris’ wealth, he personally financed the construction of (7) such Towers. The Lascaris Towers were based in part more on the previous Wignacourt structures, which although they are considered Towers, are actually small Fortifications – capable of supporting as many as 40-Men. The construction style of The Lascaris are similar to The De Redon Towers, differing only in that they are much smaller (around 15 to 20-feet in height with a 15 to 20-foor base), and most always incorporated split or dual levels. This design feature was to support 5-Men and supplies rather than early Artillery emplacements. Only (5) have survived today. 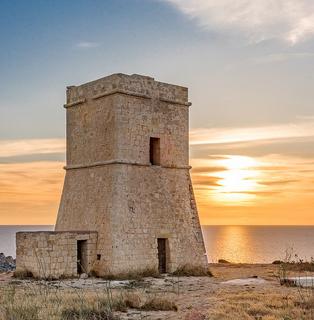