While this style of fashion adornment is most associated with the Late Middle Ages and Tudor Era, The Lappet goes back to Ancient Egypt of 3,000 years ago. Versions are seen being worn by Pharaohs and their Queens. In more identifiable History, The Lappet is a type of lacework attached to the back of a particular form of headdress (most associated with women). This Class of Lappet featured fine lacework, mostly unadorned so as to highlight the craftsmanship).

Later, (18th Century AD), Lappets were solid in color (mostly White or Black). Worn on the back of headwear, twin extensions were draped forward, so that The Lappets fell and rested on the front shoulders. Both Catholic and Anglican Religious Rites adopted The Lappet with Mitres worn by high ranking Members of The Clergy. These versions were mostly ceremonial and often decorated with religious imagery. In the early 19th Century AD. Lappets were a component of everyday fashion (regardless of Class). They were associated with young, unmarried girls and elderly (older) women. Lappets were most often starched to add body (to remain stiff and resting on the shoulder). 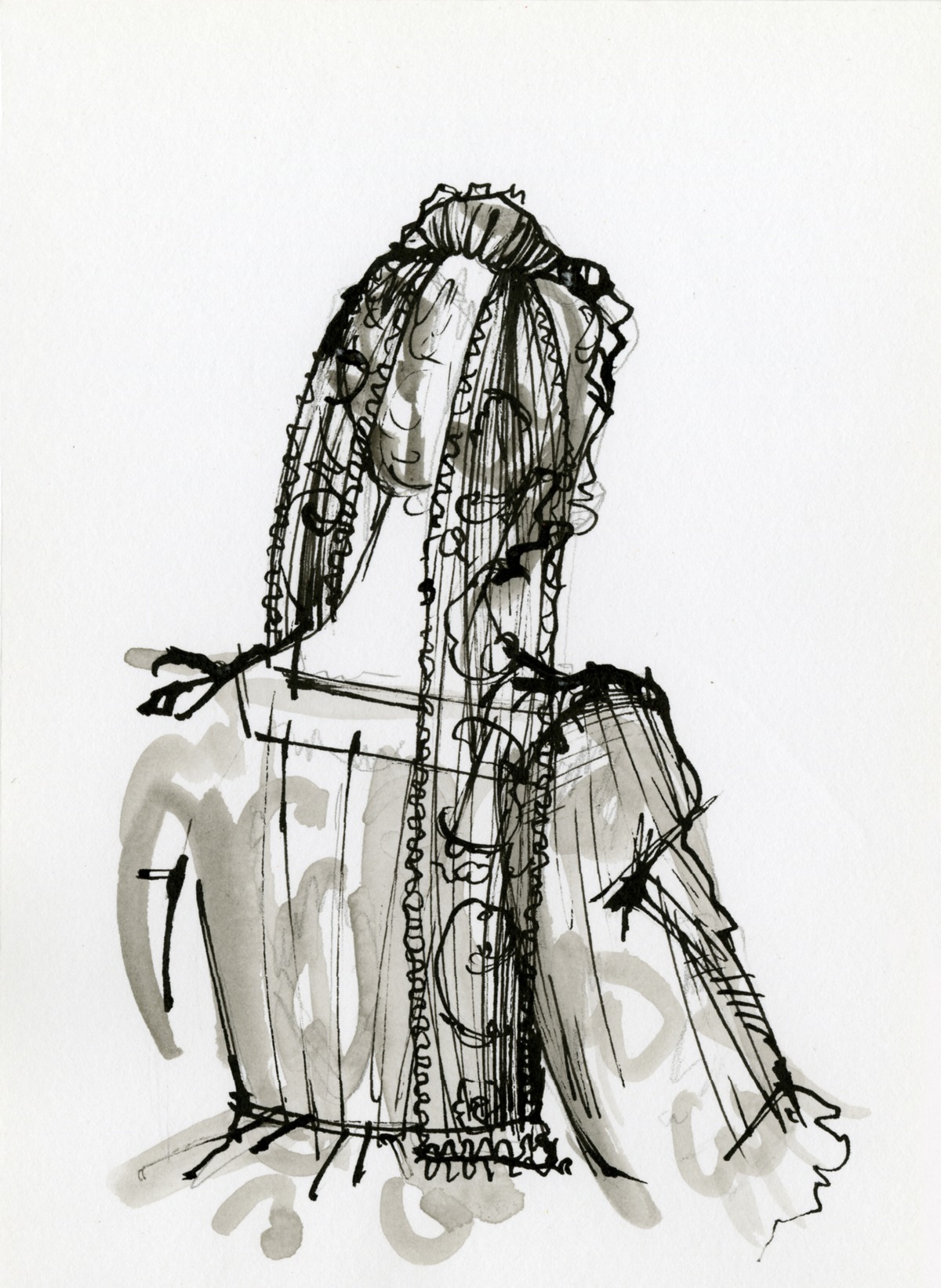