These improvised projectiles were favored on 16th and 17th Century Privateer and Pirate fighting ships. Often running low on ammunition - bits and pieces of metal, iron and all other types of debris would be placed in canvas bags (much like early Grape Shot). A primer pouch was added to the composition. Upon firing from any type of cannon, the resulting projectile would act very much like Grape or Canister Shot. An enemies ship's decks would be “peppered” with shrapnel-like pieces of iron and metal. Although primitive, it was an effective “terror weapon” when used properly. 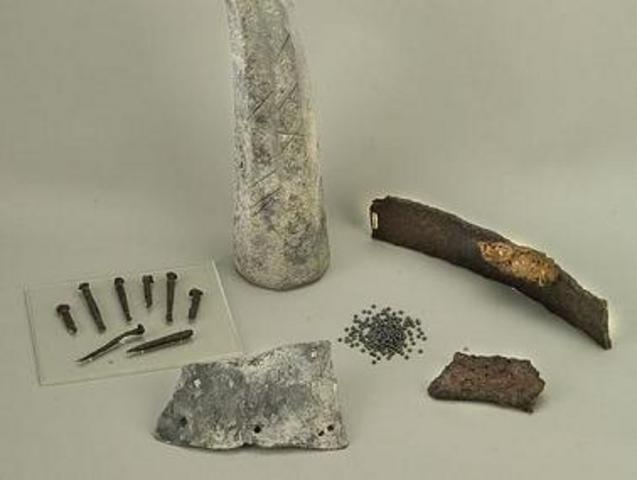