The German Landsknecht were a Mercenary Force that developed around the 15th Century. The term "Landsknecht" has had various meanings throughout it's use. The term is commonly associated with that of "Lance Men". Many Historians cite that their creation was on direct completion to The Swiss Guardsmen Mercenaries. The Landsknecht were noted for their colorful uniforms which were the Military "fashion" of The Era. Armor was not commonly used. Their fighting "acumen" wad based on two principle weapons: The Zweihander and The Pike. As previously discussed, great skill was required in the use of The Zweihander. It's deployment was as both a stabbing and ckeaving weapon requiring a two-handed form, often involving the use of holding the blade handle and blade itself (using a blade sleeve). The often 6-foot blades were very effective in close quarters combat. Later, with the addition of The Infantry Pike, Regiments of Landsknecht could be hired and deployed with devastating results to an attacking Enemy.

Highly sought (and very expensive), sometimes whole Armies were purchased by Kings. These Units were often known as "Imperial Landsknecht". These Units were also some of the first in Europe to deploy early Firearms on the battlefield. By the 16th Century however, the reputation of Landsknecht's began to wane. Their often strict "Code of Ethics" had denigrated to an almost piratical nature. With standardized Armies becoming more and more well trained and equipped, Landsknecht began to suffer terrible defeats in battle. Their Title ceased around the end of the 16th Century and beginning of the 17th. 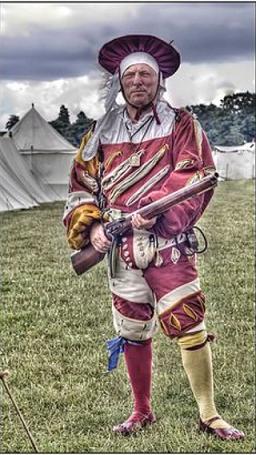