Associated with The Late Middle Ages, The Landesburg-style of fortification represented a departure from the older Castles. These structures were both a defensive structure designed for warfare – as well as often the seat of Power within a Kingdom. With the end of The Feudal System and decline of both the land owning Gentry Lord, most Castles had fallen into decay. This is not to say that ''lordly ambitions'' or the spread and consolidation of Late Middle Age Power ended. By this Period, Lords leaned more towards The Landesburg structure (as known in most Germanic Countries). They were very similar to both The Barmkin and Manor Home of Central England.

As a ''fortified'' structure, The Landesburg was both home and fort. In most cases – unblike the traditional Castle, structure height was not as important as stronger reinforced primary walls. In most early cases, no windows were present from lower floors to at least the third. From this point, reinforced windows of bars (or Yetts) were emplaced, as were wooden shutters (often many inches thick). Landesburgs (while not necessarily tall), were often quite large in width. They spread outward from a centralized main structure (the replacement of the traditional Keep). Often the entirety of the Landesburg ''house'' WAS the Keep. Perimeter walls often surrounded them.

A Lord or Nobleman would often be wealthy enough to hire his own ''private Army''. Uniformed and equipped, these Soldiers were quartered inside the Landesburg (as were their armory and related structures). By the 14th Century the most common method of construction was to build The Landesburg directly on top of a ruined or slighted Castle. Much (if not all) of the Landesburg building components came from those previous structure. Within a Nobleman's territory is was also not uncommon for him to build multiple Landesburgs. Some examples of The Landesburg-style were also incorporated into later City fortifications as Wall Forts. With their overall disbandment around the 17th Century. 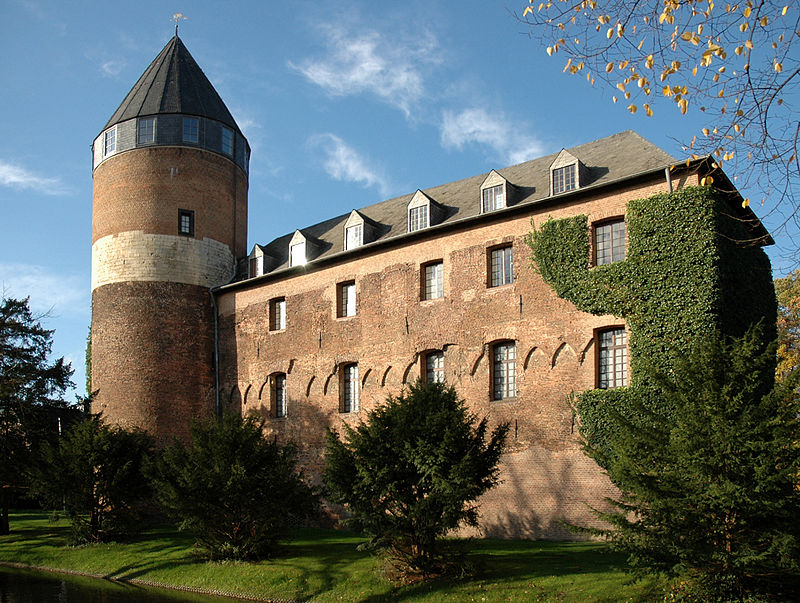