An early raised Royalist Regiment of Foot, Sir William Lambton's Regiment was formed in 1642 in support of King Charles I and The English Civil War. Roughly 600- effectives, Lambton's Regiment fought in only (5) Major engagements, they were nearly decimated at The Battle of Marston Moor. The Regiment carried a Royal Regimental Standard which was a Black Field in it's entirety. The Upper Left Canton featured a White Field with The Red ''George Cross''. No other embellishments were used. 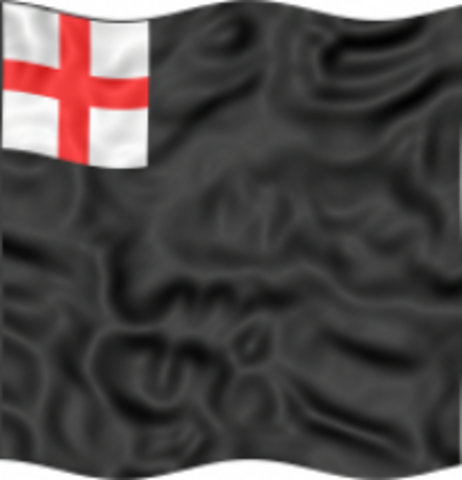