Relating to Emperor Constantine (''The Great''), The Labarum was the late 3rd Century AD version of The Roman Vexillum (or Military Standard). These were Cloth Standards hung from a Traverse Bar (''T''-Bar), which was carried by a Bearer. Often The Roman emblem phrase of ''SPQR'' (Senatus Populusque Romanus – ''For The Senate and People of Rome''), was mounted above. As we have seen these were the ''Mark'' of a Roman Legion. When Emperor Constantine was consolidating ''His'' Empire in the 4th Century AD – He used them still. It was however, at The Battle of Milivan Bridge (312 AD) – this ''changed''. Before the battle, The Emperor had a ''dream''. In this, He ''saw'' a symbol which He related to The ''Christian God'' (Rome was still not Christian at this point). This symbol (known later as The Chi Rho or ''initials of Christ'', were interpreted as a letter ''P'' superimposed over an ''X''. seen by The Emperor as a ''Divine sign'' – He ordered it painted onto The Shields of all His Army before battle. As such, Constantine ''won'' the engagement and cemented His claim to uniting both The Western and Eastern Empires of Rome. Now a ''Believer'' in Christianity – He would install it as the official ''State Religion'' of Rome. In a more formal usage, the use of The Symbol was incorporated into the traditional Roman Military and that of the later Byzantine Armies. Still a Red Banner, ''Legion'' numerical identifiers were still used up until the 9th Century AD. Some variations still exist today as Church Banners. 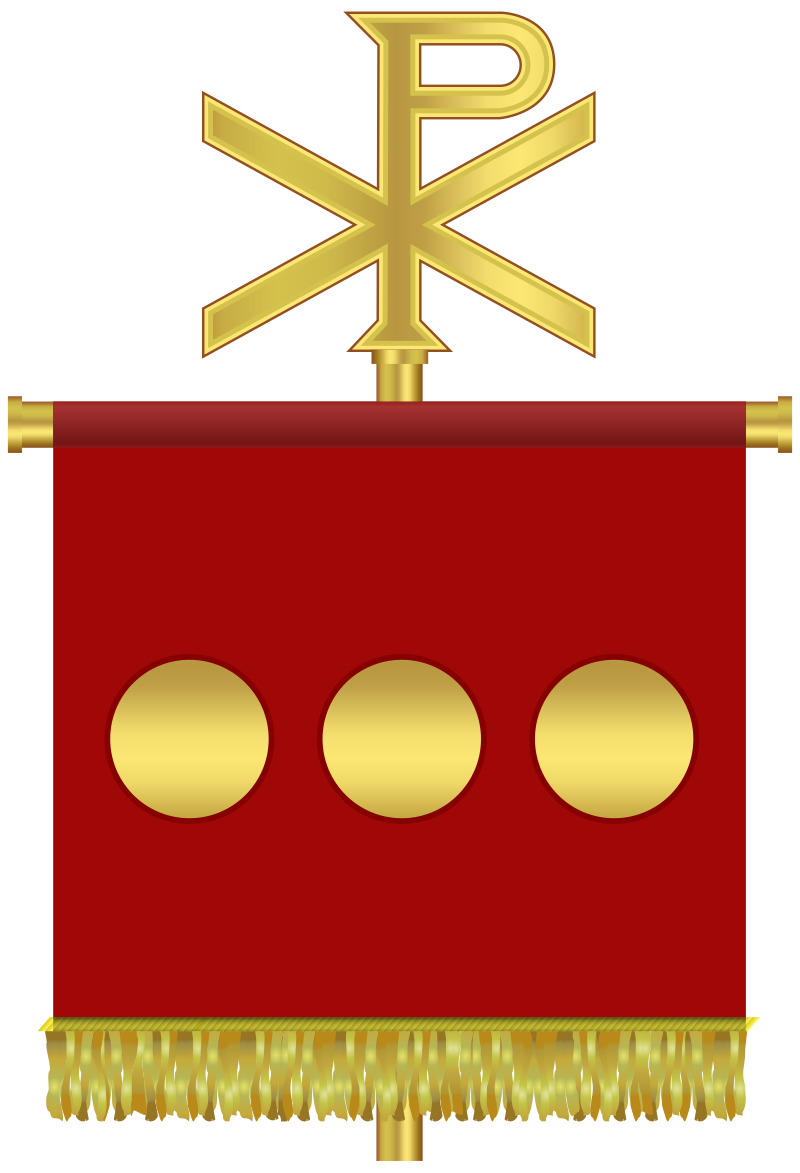