The “Mission of The Immaculate Conception of The Most Blessed Virgin Mary” (aka La Purisima), was built in 1787, near what would become Lompoc, California. Built to help convert the local Chumash Native Americans, La Purisima provided cattle and sheep (wool), for it's use and use by other farther Missions. Relatively small, La Purisima served as an Outpost of Mexican Cuera Soldiers briefly. The Mission was almost destroyed in an 1812 earthquake, but rebuilt quickly. The Mission was also the site of The Chumash Revolt of 1824. According to Mission history, a Mexican soldier severely beat a Chumash Indian. The resulting outrage caused the Tribe to expel the Priest and take over the Mission. They help out for 1 month until a relief column of soldiers arrived from Monterey. The Chumash retreated after a brief battle. Abandoned after The Secularization Act of Mexico against Missions, La Purisima was abandoned. In the late 19th and early 20th Century, not much remained of the original or post-1812 structures. Renovated by private sources in 1934, it was returned in a Ceremony to The Catholic Church on December 7, 1941. The restoration work on La Purisima was so extensive, that is is considered the most completed example of an early Spanish Mission Fort. 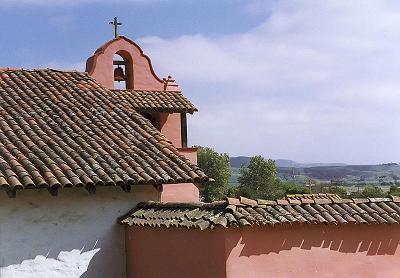