Dating to the early 7th Century AD in Korea, the term ''Nobi'' was translated into ''Slave''. It is also associated with The European Title or Class known as ''Serf'' (and later still, ''Commoner''). Normally, only the poorest were seen as Nobi. These people often lived on subsistence Farms which were owned by Nobility. The Nobi ''came'' with the property Grant. They had little to no rights (only those allowed by their Land Master). A ''free'' Person could become Nobi, for a wide variety of Crimes (as punishment). Later, when Nobi evolved along the same lines as European Serfs – some were allowed to farm small tracts for personal use and commerce. In time, these Nobi brought more and more small pieces. Some even owned Nobi themselves. However, they could never be seen as possible ''Middle Class'' People, unless The Nobi ''contract'' was removed or modified by a King. 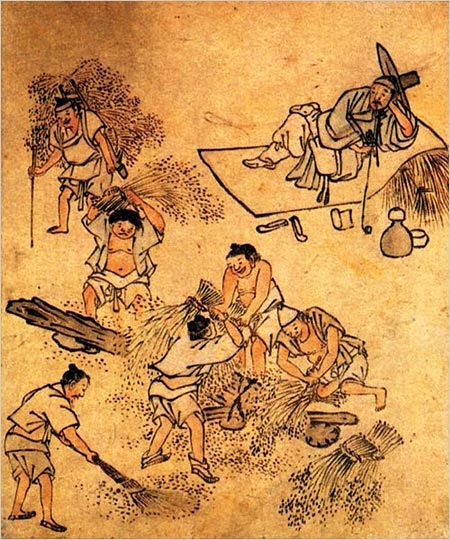