A Composite, reflexive Bow device, it was slightly different from (although modeled on) – The traditional Chinese and Mongolian Bows. Constructed from Buffalo Horn (for durability), it was designed for a “thumb pull” technique. Using a “Thumb Ring” - a “male and female” version existed. The Male Pull required the entirety of the thumb as the source of the initial pull, where as The Female Pull required only the top joint of the thumb for pull. Also, arrows were fired from the right with The Korean Bow (as opposed to the left, as was the norm for The Western Longbow). Used extensively through early and late Korean military history, it was during The Imjin Wars (1592-1598) with Japan, that The Korean Bow saw a great decline in use as the primary “mass assault” weapon of The Korean Army. It was during these conflicts that Japan heavily incorporated firearms into their warfare (of which ranged weapons such as Bows – loss their overall effectiveness). Still, The Gakgung remained in Korean Army arsenals until 1894. 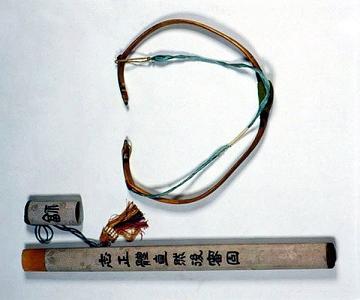